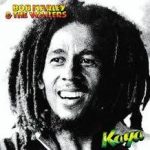 In rock music, issuing a live album can either be a career-defining highlight (think of the Who’s ‘Live at Leeds’) or a career-reviving contractual obligation for an ageing band (think of your own examples here). In reggae, the live album has been far less significant overall, partly because of the importance of the studio and the producer to the resulting sound. But there are significant exceptions of which Bob Marley and the Wailers Live at the Lyceum – usually abbreviated just to ‘Live!’- is a leading example. Issued in 1975, the album captured these London performances and caught the mood of the time. As the Wailers were essentially being promoted as a rock band to Western rock audiences, why not issue a live album? And it was of course very good, its seven tracks including the live version of ‘No Woman, No Cry’ that everyone knows and which charted as a single.

Now we have the opportunity to hear for the first time the complete sets from both nights of these live performances from the Lyceum. ‘Bob Marley and the Wailers Live!’ will shortly be as a three-LP set in 180-gram black vinyl and in digital form, in a tri-gatefold package that also includes a reproduction of the tour program from the band’s truncated 1975 U.K. tour. Additionally a limited edition seven-inch live vinyl disc of ‘No Woman, No Cry’ will also be available at the same time. The classic Wailers line-up on this release is bassist Aston “Family Man” Barrett, drummer Carlton Barrett, guitarist Al Anderson, keyboardist Tyrone Downie, percussionist Alvin “Seeco” Patterson and the I-Threes (backing vocalists Rita Marley, Judy Mowatt and Marcia Griffiths) – and Bob Marley.

Although reissues so long after the original release can sometimes be cynical moneymaking exercises, the big strength of this re-release is the chance to hear several songs not included on the original release such as ‘Slave Driver’, ‘Stir It Up’ and ‘Kinky Reggae’ (the original ‘b’ side of ‘No Woman, No Cry’) and the full-length versions of some other songs that were previously included in shorter form such as ‘Lively Up Yourself’.

The re-release reminds us that some reissues are definitely worth hearing after all.

With Aston ‘Family Man’ Barrett still providing a firm link to their glorious past, the current incarnation of the Wailers is due to tour the UK in the Autumn. Following the fashion in rock for performing classic albums live, this time round they are due to perform ‘Legend’ in its entirety so it is essentially a greatest hits kind of event.

Together with Aston “Family Man” Barrett on bass, the current Wailers line-up features Duane “Danglin’” Anglin on lead vocals, Keith Sterling on keyboards, Zeb “Drummy” Williams on drums, Audley Chisholm on rhythm Guitar, Aston Barrett Jr. on percussion/keys, and on backing vocals Cegee Victory. Over the years they have continued to play live to a wide variety of audiences, including playing in the Stone Roses’ Heaton Park shows in 2012.

If the Wailers sound anything like as committed and vibrant as they did in their UK shows three years ago (see reggaemusic.org.uk 24th August 2010) they’ll be worth seeing and hearing live this time round too.

Dates as notified at time of writing, tickets on sale 5th July: