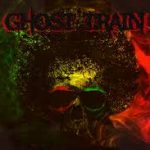 Here’s Scottish reggae man Peter Dyer with his debut single ‘Ghost Train’. The track is produced by the Subatomic Sound System and is released on 25th July. One important aim of the release is to raise money for three Scottish charities with the first three months’ proceeds from the track. These charities include FDAMH who provide counselling and support to people with mental health issues, NHS Forth Valley and long-established music therapy specialists Nordoff Robbins Scotland. The track echoes Peter’s own experience with anxiety and depression. “I wanted to capture the atmosphere of these mental health disorders in music and found dub to be the perfect medium to bring out the darkness and paranoia”. Musically it’s straight-ahead reggae music with a dub influence generating a melancholy but ultimately uplifting feel.