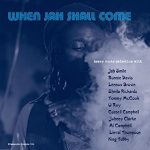 Reggae compilation albums can be attempts to recycle well-known tracks at minimal cost, or they can be more thoughtful attempts to bring some of the best reggae sounds to new audiences. This ‘heavy roots selection’ from Pressure Sounds is firmly in the latter category, bringing us classic names including U Roy, Linval Thompson, Cornell Campbell and Johnny Clark in twenty-one tracks of excellent reggae music (including Bunny Lee & King Tubby’s Dubplate Special). Available as a double album on vinyl or as a CD this is a welcome release indeed.

“Me used to record every day in the 70s. Sometimes 7 days a week, day and night inna the studio, daytimes in the main studios and then nighttimes in Tubby’s til daylight come again, and just get an hour’s sleep and then back to the studio again. King Tubby’s Studio was really like my headquarters. Me record the backing track at the big studios, but then most times me voice and mix at Tubby’s. When Tubbs stop mix it was me and Philip Smart, Pat Kelly, then Jammys and Scientist. Them always ready fi work with me when I work, and most times that was nighttime when it quieter. Me love the 4 track tape cos it’s what we have at Tubby’s, even when most everyone else move up to 8 or 16. That one-inch 4 track tape was cheaper and smaller, so it easier to store and you can carry it overseas. And 4 tracks is enough when you know what you’re doing…

…And so Bunny Lee recorded a massive volume of remarkably consistent music in the 70s. This compilation brings together rare and unreleased cuts that put the listener bang in the middle of a typical recording session, complete with false starts and studio banter. Linval Thompson is represented by two unreleased tunes and is also heard in the runup to ‘Tommy’s Vibration’. Once the ‘flying cymbal’ sound had taken off, Bunny often recorded a ‘flyers’ and a straight version of the same rhythm: ‘Tommy’s Vibration’ is a classic but little known Tommy McCook instrumental on the flyers cut of Linval’s ‘Jah Jah A The Conqueror’. ‘Ethiopian Rock’ is a total scorcher, the only recorded tune by the deejay Jah Smile, before Bunny persuaded him to turn to singing and changed his name to Barry Brown. In a healthy spirit of competition, Bunny often tried out different singers on tunes that he thought would hit, hence Ronnie Davis’s soulful take on Johnny Clarke’s ‘Every Knee Shall Bow’, Johnny’s version of Horace Andy’s ‘Better Collie’, and Johnny and Horace sharing vocals on ‘No Man Is An Island’, all unreleased until now. ‘No Babylon Shall Escape In This Time’ has Johnny Clarke and ‘Bongo’ Herman Davis recorded over the original version side of Johnny’s ‘None Shall Escape The Judgement’. ‘Life Of My Own’ is a beautifully constructed lament by a singer who neither Bunny nor various expert ears have managed to identify: at Bunny’s suggestion he is credited as ‘The Raver’. ‘War Zone’ and ‘Keep On Running’ are examples of Tubby’s mixes that have had further effects dubbed on elsewhere; sound systems and foreign record labels occasionally did this to manufacture their own specials from existing mixes. ‘Jamaican Fruit Of African Roots’ has recently been the subject of the fascinating documentary ‘Shella Record: A Reggae Mystery’; the Lennox Brown cut here has only just been discovered. Also included are two stinging dubplates by Cornell Campbell: the first is aimed straight to the head of Arrows sound system, while the second, recorded in the early 80s, sums up the vital partnership of two of Jamaica’s musical giants: