To close my posts for this year, here’s Jacob Miller and associates with a fine roots and dub festive workout. 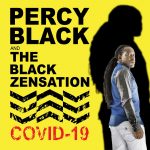 Music can be inspired by the best and the worst of human experience. It can uplift us or drag us down. In this release, UK-based Percy Black takes the coronavirus pandemic as his inspiration and produces a thoughtful song about the current problems we face. He says that he “writes and sings educative music, identifying societal problems and trying to provide a solution where possible. Grew up listening to struggle music from legendary artists like Bob Marley and Peter Tosh. Currently inspired by societal issues affecting the world at large. This makes my music therapeutic to listen to, especially as the world battles the different and difficult problems experienced every day.” This track is a slow, even languid, piece of music, and the most striking aspect is the contrast between the image conjured up of Caribbean beaches and the harsh reality of the song’s subject matter. Much more educative than a Prime Ministerial press conference 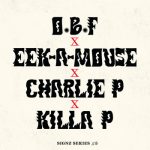 From French label Dubquake Records comes a whole series of 7” and 12” releases, steeped in the original dub sound of 70s reggae, with an authentic feel that – were it not for the addition of synth sounds and contemporary production quality – could have been issued many years ago. Their “signz series” features artists including Aza Lineage, Pupajim, Shanti D, Sr Wilson, Junior Roy, Charlie P, and Eek-A-Mouse. There are some brand new tracks included here, namely “No War” with Junior Roy and “Mr Government”, plus the iconic 80s man Eek-A-Mouse featuring on two tracks recorded at the Dubquake studio. As you might expect, themes of resistance and rebellion are prominent here, especially on number 7 in the series which is ‘Mr Government’ featuring Eek-A-Mouse. ‘No Borderz Dub’ and ‘Dub the Government’. Music here for both the old reggae devotees and the younger brethren!