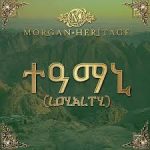 US family band Morgan Heritage are back with a fine album of reggae songs, more consistent and stronger than previously and definitely worth hearing. The band – Gramps, Peetah and Mr Mojo – completed this album from their various locations around the world and the global influences are evident in this selection of tracks. This album is the band’s 12th studio release and the upbeat summery single ‘Beach and Country’ is taken from the album.

The album displays the range of styles and influences we have become accustomed to in hearing Morgan Heritage (see previous reviews on reggaemusic.org.uk. 1st May 2015 and 15th May 2017). The 16 tracks feature a number of collaborators including Diamond Platnumz, Stonebwoy and Patoranking, Reggae Rock stars Pepper and Iration, Dancehall artist Popcaan, and the voice of journalist and broadcaster Jeff Koinange on the album intro.

As on earlier releases there is a pronounced soul influence on some of the songs here, including the title track which develops into a strong reggae song in the classic tradition. ‘All for You’ is a thoughtful and melodic track with a slightly melancholic feel while ‘Slave and Slave Master’ is a further powerful contribution, again in a classic style. The album as a whole is strong on melody and on production. The acoustic ‘Home’ is a sweet tuneful song that sticks in the mind and could be covered far beyond the reggae community.

The single ‘Beach And Country’ was produced by Jugglerz, Haegi and Morgan Heritage, and the video for the song was filmed on location in Sao Vicente, Cape Verde and directed by Mojo Morgan and Adilson Ramos. The group says: “’Beach And Country’ is a song to take away musically any time of the year to a tropical oasis. Music has a way to contribute to our emotions and we hope our new single takes everyone on a journey down memory lane for those that don’t live in a tropical destination.”

Currently performing live at festivals across Europe, Morgan Heritage are due to tour the UK in Autumn 2019.

Morgan Heritage ‘Loyalty’, release August 2019 on their CTBC (Cool To Be Conscious) Music Group label in partnership with Membran. 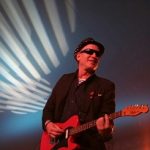 Here’s a melodic pop-reggae sound with a feel that’s reminiscent of the old reggae classics like Pressure Drop. Released on the rejuvenated Blue Beat label it’s an infectious reggae tune delivered in an authentic style, informed by an obvious love of 60s and 70s vintage reggae. Marcus has previously supported many artists and achieved a measure of success with his former band No 1 Station with whom he released three albums. Along with Siggy Jackson, previous owner of Blue Beat, the label was relaunched by Marcus in 2004 who comments: “I wanted to return to the roots of the music and release records in the more traditional styles of classic Jamaican ska, rocksteady, and early reggae, and to revive the name ‘Blue Beat’ as the generic umbrella term to describe my new music“.

This is a summer reggae anthem and reminds us why we like this music so much in the first place!