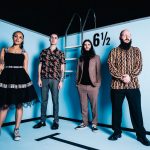 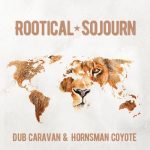 Dub Caravan (UK) and Hornsman Coyote (Serbia) are here again to offer this new album, comprising 16 cuts of largely instrumental and dub tracks. The album is performed and mainly written by Felix Russ Abu (Dub Caravan) followed by overdubs (and very limited vocals) from Nemanja Koji (Hornsman Coyote). It’s a strong mature dub-style album with both a digital and analogue input to the overall instrumental sound. ‘The Search’ is a great little melodica-sounding track with a strong percussive element, and the dub of the same track is even stronger with its slow loping dub-reggae rhythm. The album will appeal to all who appreciate classic-era dub sounds. Also included are Dub Caravan takes on classic reggae songs by some of the reggae greats: “Running Away” by Bob Marley, “Congoman” by “The Congos”, “I Love King Sellasie” by “Black Uhuru” and “None a Jah Children no Cry” by Ras Michael.