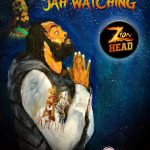 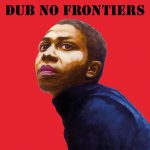 Reggae music has without doubt been male dominated over the years. There are many cultural reasons for this, and of course at the peak of old-style analogue dub in the 1970s women were not exactly in the driving seat in any areas of music. Although there were many female artists – in Motown especially, and, within the reggae world, in lovers’ rock – but managers and producers were almost all male.

Producer Adrian Sherwood now presents ‘Dub No Frontiers’ and it is intended as a platform for leading female artists currently ‘operating to unite and celebrate in dub’. With contemporary digital recording equipment plus the global reach of net-based communication, vocals could be added to rhythm tracks generated by Sherwood relatively easily. “Many of the singers said they felt the dub/reggae arena was a male preserve and a little intimidating even, so we decided to invite artists to perform a song of their choice, all in non-English on our rhythm tracks.” This new collection aims to redress the balance a little, and its interpretation of dub is bang up to date.

The ten tracks produced by Sherwood (with additional production contributions from the late Lincoln ‘Style’ Scott, with arrangements from Skip ‘Little Axe’ McDonald,) are arresting in their impact, including Rita Morar’s ‘Meri Awaaz Suno (Hear My Voice)’, a gentle track sung in Hindi over the Sacred Ground Rhythm; Tunisia’s Neyssatou’s strong version of Bob Marley’s ‘War’ sung in Arabic; and Kerieva McCormick’s (who led the project with Sherwood) ‘Chavale’ sung in Romani.

The creation of the new versions began in London with leading reggae figures including keyboardist Franklin ‘Bubblers’ Waugh, who played with Sly and Robbie; the late bassist George Oban and drummer Style Scott, together with Sherwood’s ty rhythm section, plus guitarist Vince Black and the Ital Horns. “We broke the rhythms down and re-cut them,” he says. “We remade them, rebuilt them completely, then upgraded them, making them better and better and better each time and then we invited the singers to sing over them. The project kept evolving. It kept growing and has turned into something extraordinarily powerful.” 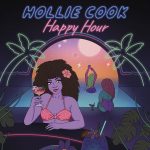 Barbados-born musician and producer Dennis Bovell has spent most of his subsequent life in London, and from there has built up a formidable reputation in reggae music. He formed the band Matumbi and wrote the song ‘Silly Games’ which became a hit on the mainstream pop charts for Janet Kay. This new release, ‘Caught You in a Lie’, is a cover of Louisa Marks’ 1975 original and, like ‘Silly Games’ and much of his other output, takes us right back to the lovers’ rock era. ‘Caught You in a Lie’ is released ahead of his forthcoming album ‘The Dubmaster: the Essential Anthology’ due for release on 25th March and supported by a number of live performances in the UK.

In addition to his own work in the reggae tradition, Dennis Bovell has also worked in conjunction with a pretty diverse range of artists including Edwyn Collins and Orange Juice, The Boomtown Rats, Sade, Jarvis Cocker, Bananarama, Bobby Gillespie, Boy George, Arcade Fire and Joss Stone. He also featured in the recent and well-received TV presentation Small Axe.

Quite a pedigree. The full tracklisting from the double vinyl album reveals a very broad choice of material from reggae and beyond. The CD/digital version differs. But worth a listen in either case. 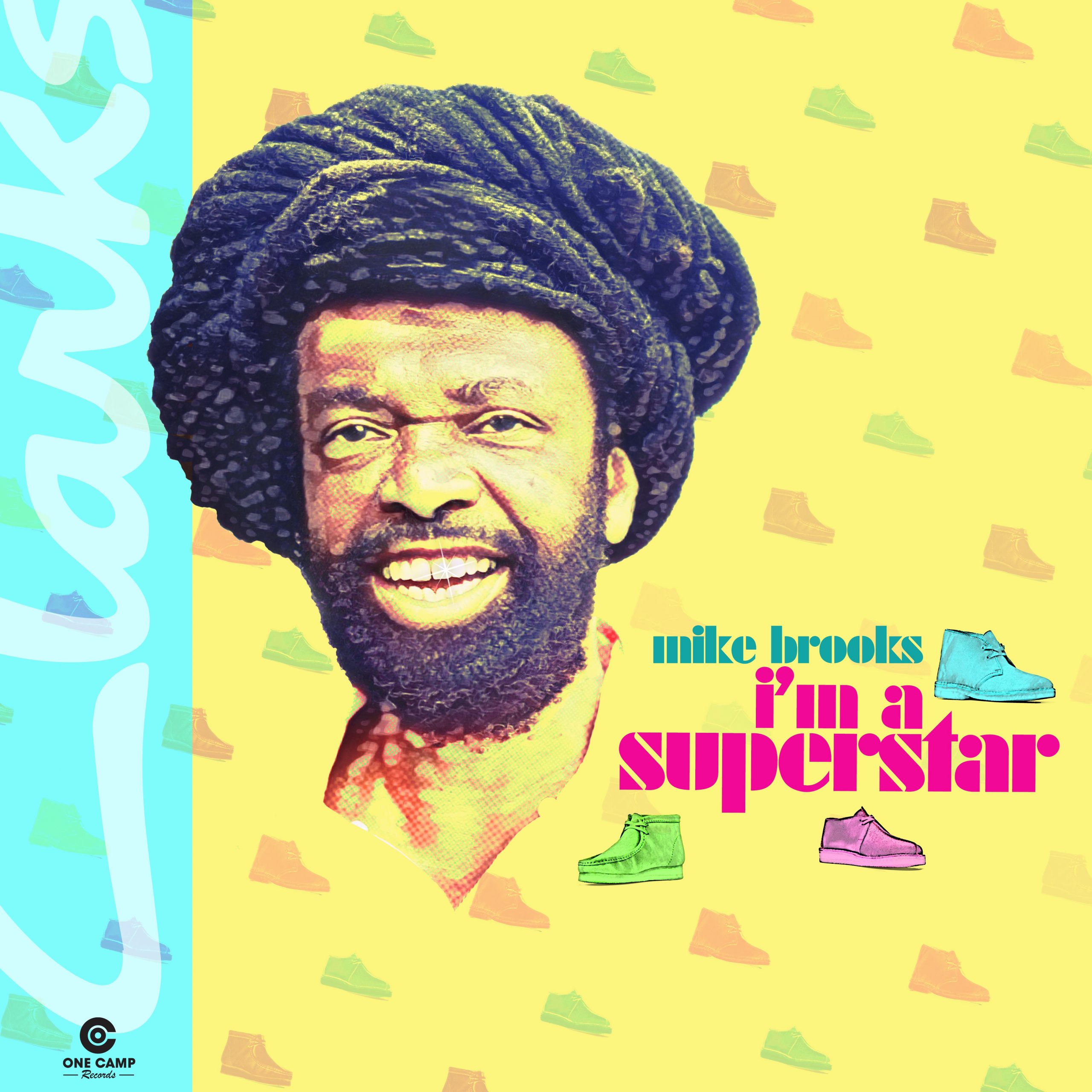 Probably the first review on this site to discuss footwear, this modestly titled song celebrates the popularity of Clarks shoes in Jamaica. On this second single from his new album, Brooks extols the virtues of such shoes, drawing from his involvement in selling them from London to his birthplace of Jamaica. “Clarks in the morning, Clarks in the afternoon, Clarks at nighttime, too” is a sentiment about which we shall not pass judgement, concentrating instead upon the music.

Produced by Elijah Salomon, this track essentially takes us back to the 80s musically, with its electronic rhythm and dancehall-style vocals. Its repetitive rhythm relentlessly drives home the beat and the feel of the music and, for Brooks commercially and musically, the meaning too. Available as a 7” vinyl release or a digital download, it’s difficult to miss the message.

Leaving aside the specifics of this track, Brooks has been involved in reggae music for over 50 years and has worked with the legendary Treasure Isles studio and also with the late Lee Perry. He has been a producer at Channel One studios and certainly has a strong reggae pedigree. His vocals are powerful and the sound authentic – whatever shoes you are wearing. 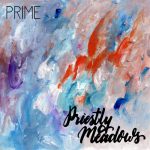 No, not another attempt to get you to sign up to Amazon’s delivery service, but the title of the debut EP from Priestly Meadows. This is confident reggae music from the Czech band who offered the first listens to their EP in Prague’s Palmovka area, not too far from the hipster bars and cafes of the Zizkov district. Lead vocalist Luisa Blahova is ably supported by guitars and brass from the rest of the band, and this four-track EP gives you a good insight into their sound as a whole. The featured track ‘Journey’ (featuring Manlio Calafrocampana) is an upfront and up-tempo workout, providing a good introduction to the sound of Priestly Meadows 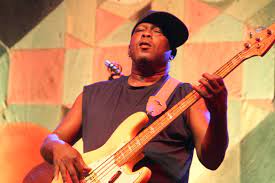 Once again reggae loses one of its finest with the passing of Robbie Shakespeare, following surgery in the United States. As a bass player he was best known as collaborator with drummer Sly Dunbar to form one of the finest rhythm sections in reggae music. He was also an accomplished producer. He played with leading names including Dennis Brown and Black Uhuru and contributed bass to countless other albums including the vastly underrated Sinead O’Connor collection ‘Throw Down Your Arms’ (2005) which he also co-produced with Sly Dunbar. His style was based not so much on technical virtuosity but instead was grounded in power, volume and, above all, an intuitive feel for the music. It certainly worked. He is the only bass player I have ever seen take centre stage to applause at a live reggae concert – and again it worked. Rest in peace. 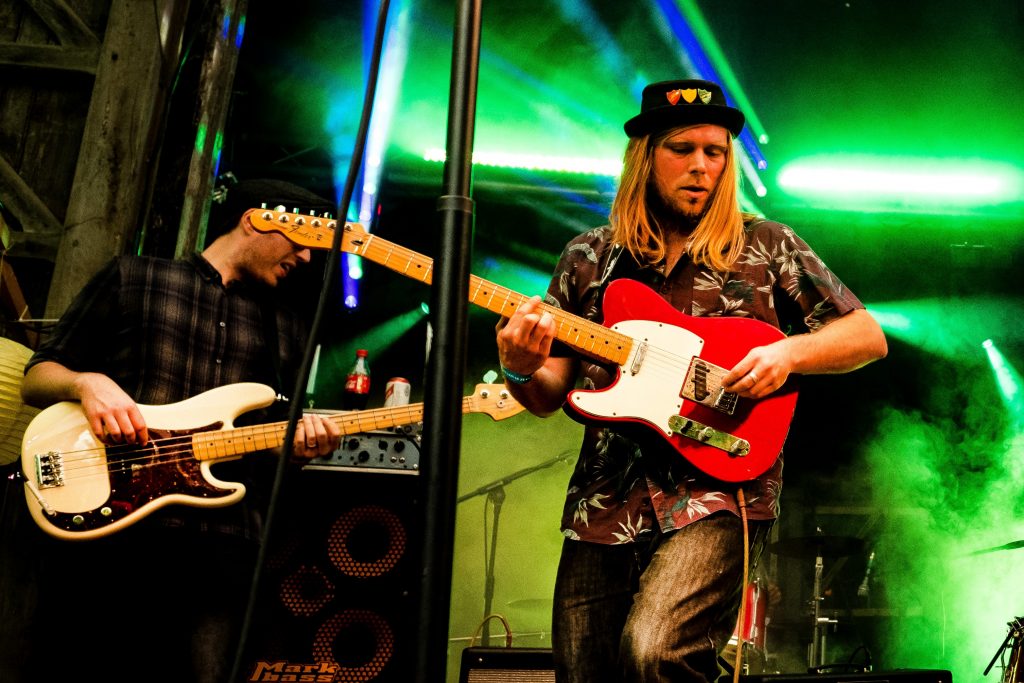 On this outstanding new release, the core Specials membership of Terry Hall, Horace Panter and Lynval Golding is supplemented by a range of invited guests to cover twelve songs from across the decades. The sound is not confined to the ska/reggae tradition we associate with the Specials but reflects instead the band’s take on the songs they have chosen, and this varies widely. Following the album ‘Encore’ released in 2019 (see reggaemusic.org.uk 11th February 2019), ‘Protest Songs’ further cements the band’s enduring reputation: if the Specials didn’t exist, we’d have to invent them as they are our musical and political conscience. The choice of songs is not what we might expect, being pleasingly idiosyncratic. It ranges from the Staple Singers’ ‘Freedom Highway’ held together by a strong crisp drumbeat, Talking Heads’ ‘Listening Wind’, and, on more familiar reggae ground, an innovative arrangement of the Wailers’ ‘Get Up, Stand Up’. The treatment of Leonard Cohen’s ‘Everybody Knows’ makes it worthwhile to buy the album even without taking the other tracks into consideration. More!

The single rhythm album has long been a feature of the reggae music scene and has been assessed on these pages before (see ‘Let There Be Versions’ reggaemusic.org.uk September 2009). Here is a new collection from New York producer Adrian Hanson wherein an impressive gathering of reggae performers present their individual vocals upon the foundation provided by the driving freedom sound rhythm. Amongst the tracks are names including Mykal Rose (‘Give Me Love’) and Lutan Fyah (‘Fade Away’). Also included is the San Diego band Big Mountain (‘Hear That Sound’}, who charted in the UK with their cover of ‘Baby I Love Yor Way’ back in 1994 (and also released a great version of Al Green’s ‘Let’s Stay Together’ a couple of years later). The closing track, credited to Adrian Hanson, gives the basic rhythm room to breathe and lets us appreciate the underlying strength of the music here.